JENSEN BEACH, Fla. — The Martin County Sheriff’s Office is alerting parents about a man accused of taking pictures and videos of unsuspecting women and girls as young as 6 years old.

The agency said Pedro Valdez, 27, was committing the acts at the Treasure Coast Square mall and nearby shopping areas.

“It doesn’t matter, male, female, girl, young boy, whatever. They will snatch your kids,” Shallamar Myles, a concerned parent, said. “They will take pictures. They will grope them, so you just have to be aware of your surroundings.”

Myles, who was back-to-school shopping Wednesday with her 8-year-old daughter, said safety is her No. 1 priority. She said she has established a code word with her child if there’s ever any trouble.

“When I move, she moves. When I stand still, she stands still,” Myles said. “I never take my eyes off her when we’re in a mall like this cause it’s easy to lose a child.”

Detectives said the suspect lived in the woods between the Hobby Lobby and Jensen Beach High School and then cross Federal Highway to stalk his victims.

“He admitted yes, ‘I go over to the mall. I video women, girls,'” Martin County Sheriff’s Office Chief Deputy John Budensiek said. “He was almost proud of the fact he had done these things and offered the deputy a look at his phone.”

The sheriff’s office said a tip about a suspicious man led them to investigate the case. That’s when the deputy found illegal content on his phone and said they found at least one case where Valdez had lifted a girl’s skirt and took a picture without her parents noticing.

“A normal criminal, they’re sneaky about it. They’re trying to hide, but this perv was blatant about what he was doing. This is what’s shocking to us is that the parent did everything correct. They were with their child. Their child was right behind them within feet of them,” Budensiek said. “This individual is a hunter — a predator — and continued to get aggressive in his approach.”

Investigators said the man blended in wearing youthful clothes and had a skateboard. They said he was found with three phones that had pictures of children they have not yet identified.

Valdez is in the Martin County Jail and being held on a $750,000 bond. He is facing a second-degree felony.

He was also arrested for this same crime when he lived in Utah but was not on a sexual predator list since it was considered a misdemeanor.

One person in custody following a shooting in College Gardens 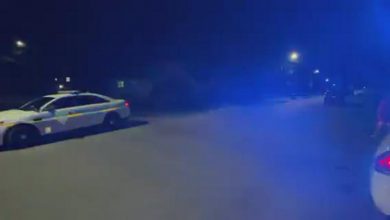 One person dead in a shootout on Westside