1.      Brandon Chaleunsouk – accused of threatening a man with a gun following a bar brawl

3.      Savannah Myers – on the run after violating probation for battery and animal cruelty charges

4.      Juan Sanchez Rivera – the newest addition to Crime Stoppers 10 Most Wanted list on charges of sexual battery on a child

We’re starting off our list this week with a repeat offender who brought a gun to the fight after a bar room brawl on the Cape. Brandon Chalensouk is currently wanted on a bench warrant for failing to show back up in court following an arrest for assault and the possession of a weapon by a convicted felon. The victim said he was at a nightclub in the early morning hours when Chalensouk instigated a fight, then took a swing and a miss. He then retreated to his car and retrieved a gun, which was witnessed by an off-duty officer. Fortunately, Cape cops arrived on scene before the situation escalated to further violence and quickly escorted the 27-year-old to jail. He was supposed to show up for a court hearing last Monday to explain his actions, but instead of being a good law-abiding citizen, Chalensouk has chosen to go on the lam. To date, he has six bookings under his belt for charges of grand theft, the illegal use of credit cards, drugs, resisting, and disturbing the peace. He is 5’11”, 195 pounds, with a tattoo of praying hands and Buddha on his right arm and a joker with skulls on his left arm. And upon his arrest, Chalensouk will be held without bond.

Next up is a guy accused of breaking into a collection of cars, then going on multiple shopping sprees with stolen plastic. A new warrant for the arrest of Michael Hague was issued two weeks ago after he violated probation on charges of burglary and the fraudulent use of credit cards. Detectives say Hague helped himself into people’s unlocked cars and removed wallets containing cash and credit cards, among other items. He then used the stolen cards to rack up thousands in charges at local restaurants and big box stores. Law enforcement was able to track those purchases and pin them all right back to Hague, who they spotted on surveillance cameras. When they questioned him about the crimes, he denied any involvement, despite the fact that his rental car was seen at every location, and his face was front and center on video. He found himself behind bars for his criminal capers and was later placed on probation, which he has since violated. 38-year-old Hague is 6’0”, 200 pounds, and may be laying low in the North Fort Myers area.

Also on the run this week is a woman who stole a bird, subsequently killed the bird, and then shoved a senior citizen, all in just a matter of a few minute’s time. Savannah Myers is accused of going into a local pet store and putting one of the birds for sale inside her bag. When she attempted to leave the store, employees locked the door to keep her from taking off, at which point she pushed and assaulted a female senior citizen. When employees grabbed the bag, they found that the bird had died from all the commotion. Myers was quickly arrested and charged with battery and cruelty to animals, but when she arrived at the jail, deputies also found her to be in possession of meth, fentanyl, and several pills. She spent three days in lock up for her actions and was eventually placed on probation, which she violated earlier this week. To date, Myers has been booked six times before on additional charges of theft and battery. She is 5’4”, 140 pounds, and was last known to be living in South Fort Myers.

And last on this week’s list is the newest addition to Crime Stoppers 10 Most Wanted list. Juan Sanchez Rivera is on the run after failing to show up in court following arrest for sexual battery on a minor. The victim said Rivera, who was an authority figure in her life, molested her over the course of several years before the accusations finally came to light. The illegal actions started off as inappropriate touching over the young girl’s clothes and escalated to sexual battery. She said that at first, she was too young to really know that what was happening was wrong, but when she started learning about sexual abuse in school, she knew that Rivera was doing horrible things to her. Rivera was arrested earlier this year and spent two months in lock- up before being released pending his next court hearing, on which he decided to bail on. He’s been on the run for about a month and a half now, which has triggered a new warrant for his arrest. Rivera is 5’9”, 135 pounds, and upon his arrest, he will be held without bond in the Lee County Jail. 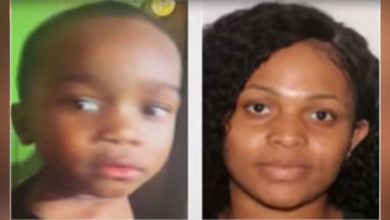 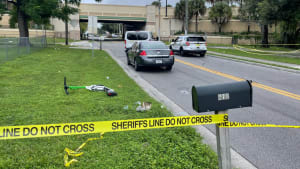